Kunstwerk Craft Beer is a Swiss craft brewery from Wohlen. As the name suggests, this brewery wants to create real works of art. On a trip to the USA, the couple Dani and Sery were surprised by the American variety of beer. They wanted to bring the extraordinary tastes they discovered on their trip to Switzerland in a beautiful personalised beer bottle.

The choice of personalised beer bottle from Kunstwerk Craft Beer 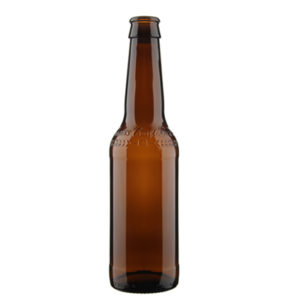 The uniqueness of the personalised Swiss Craft Beer bottle

The couple Dani and Sery were fascinated by the promise behind the beer bottle, which is sold exclusively to microbreweries (Swiss Craft Beer breweries) in order to stand out from the beer multinationals. Not only the two brewers like this beer bottle, but also the customers: “The customers like the bottle very much and say that it fits perfectly to a qualitatively round and unique product.” Dani goes on to tell us that the beer bottle is a qualitative statement for the product. The beer bottle not only enhances the quality of the product, but could also be a sign for the Swiss craft beer scene: “The Swiss Craft Beer beer bottle also connects microbreweries in Switzerland and could thus be an expression of the community and an identification with Switzerland as a location,” Dani explains further.

Kunstwerk Craft Beer’s mission is to produce exceptional craft beers in Switzerland. Inspired by the USA, two beers are currently available, all bottled in the Swiss Craft Beer bottle:

Sunset Pale Ale: According to Kunstwerk Craft Beer, an excellent after-work beer. This beer is also suitable to round off a beer tasting. Different malts have been combined with different hops here. With an extended dry-hopping, this beer becomes a real taste explosion, as known from the USA.

Wild Grizzly: A White IPA with beautiful citrus aromas from Cascade and Citra hops, which merge with the taste of the Belgian Witbier yeast. The taste is supported by Mosaic hops and Curaco orange peel. In keeping with IPA’s, the slight bitterness cleverly rounds off the beer. A wonderful beer for the warm summer days.